COVID-19 Notice: We are providing FREE consultations via in office, phone or video conferencing for your convenience.
Results Matter Most Contact Us NowFor a Free Consultation
Home
Attorney Profiles
Scott Slappey 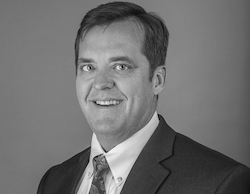 Scott Slappey is a partner in the firm of Slappey & Sadd, LLC, in Atlanta, Georgia. He holds a B.S. from Georgia Southwestern College, 1983, and a Law Degree from the Walter F. George School of Law, Mercer University, 1986. Scott has been a member of the State Bar of Georgia since passing the bar examination in 1986. Scott is also a member of the Georgia Trial Lawyers Association, and the Workers’ Compensation Claimant’s Lawyer’s Association.

Out of a concern for the environment, Scott has served on the Board of Directors for the Georgia Conservation Voters. This is a committee dedicated to furthering the goal of protecting and conserving our environment by working on issues such as clean air, clean water, preservation of wildlife habitat, preservation of our natural resources, etc. He also served as the President of that non-profit group.

Scott is a frequent speaker and has presented many articles and speeches for the continuing education of fellow attorneys on matters related to workers’ compensation. Throughout his career, he has presented lectures on topics including exclusive remedy, cross-examination techniques, death benefits, how to achieve fair settlement for your client, the trial of a workers’ compensation case, average weekly wage, dissection of new laws, as well as lectures in many other subjects.

COMMUNITY INVOLVEMENT (CLICK HERE)
Contact Us
Personal Injury
Client Reviews
★★★★★
The services my family received from Slappey & Sadd, LLC has been very rewarding. Thank you for your help over the last years. Sandra & Mark R.
★★★★★
I was treated fairly. You are very professional, knowledgeable, expert, kind and very thorough. Sam H.
★★★★★
The times I’ve used your firm it was a wonderful experience. The attorney kept me abreast of my case, what to expect. If I know anyone in need of a law firm, Slappey & Sadd I will refer. I especially appreciate the cards received annually. Thank you. Bertha B.
★★★★★
He is very responsive in returning my calls and seems to be prepared for the next action that needs to be addressed. Scott is very professional, but always add the personal touch. As for receiving a disability pension from the City of Atlanta, it makes me feel good as a client that he is looking out for my family and my best interest and future income. Dennis D.
★★★★★
Scott is the best. He followed my case all the way. We won. I respect him highly. I would definitely recommend them to anyone. Brenda N. – Roswell, Georgia
View More
Submit a Law Firm Client Review