COVID-19 Notice: We are providing FREE consultations via phone or video conferencing for your safety and convenience.
Results Matter Most Contact Us NowFor a Free Consultation
Home
Attorney Profiles
Richard E. Dolder 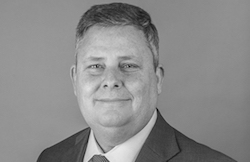 Richard E. Dolder is a partner who joined Slappey & Sadd to expand the firm’s work on insurance coverage and insurance bad faith. Rich represents individuals and businesses who are improperly denied coverage or treated unfairly by their insurance companies. Some of his litigation successes include the following:

Rich also counsels individuals and businesses in insurance issues not requiring litigation. Rich can help insureds in the following situations:

Before going to law school, Rich was an award-winning journalist. He graduated at the top of his class from the University of Florida College of Law in 1998. He moved to Atlanta, where he initially worked for a large law firm that specialized in representing certain underwriters in the insurance market at Lloyds of London. Switching sides, Rich later joined an international law firm where he represented Fortune 500 companies in coverage disputes with their insurance companies. He lives in Dunwoody with his wife, Kathy, and three children.

Contact Us
Personal Injury
Georgia Injury Lawyers Blog - Richard Dolder
Client Reviews
★★★★★
The services my family received from Slappey & Sadd, LLC has been very rewarding. Thank you for your help over the last years. Sandra & Mark R.
★★★★★
I was treated fairly. You are very professional, knowledgeable, expert, kind and very thorough. Sam H.
★★★★★
The times I’ve used your firm it was a wonderful experience. The attorney kept me abreast of my case, what to expect. If I know anyone in need of a law firm, Slappey & Sadd I will refer. I especially appreciate the cards received annually. Thank you. Bertha B.
★★★★★
He is very responsive in returning my calls and seems to be prepared for the next action that needs to be addressed. Scott is very professional, but always add the personal touch. As for receiving a disability pension from the City of Atlanta, it makes me feel good as a client that he is looking out for my family and my best interest and future income. Dennis D.
★★★★★
Scott is the best. He followed my case all the way. We won. I respect him highly. I would definitely recommend them to anyone. Brenda N. – Roswell, Georgia
View More
Submit a Law Firm Client Review