COVID-19 Notice: We are providing FREE consultations via in office, phone or video conferencing for your convenience.
Results Matter Most Contact Us NowFor a Free Consultation
Home
Attorney Profiles
Jay Sadd 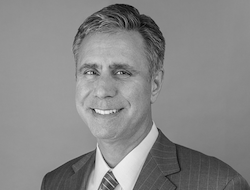 Jay practices in every court of Georgia, including the Georgia Supreme Court, Court of Appeals, and all Georgia Superior and State Courts. Jay is also admitted to the Federal Bar, and practices in the United States District Courts of Georgia, and the United States Court of Appeals for the 11th Circuit. He is also licensed to practice in West Virginia, where he was born and raised. Jay represents his clients from the settlement negotiation stage to trial to the appeal of a case, if necessary.

Jay has received the Georgia Law-Related Education Consortium Award for outstanding service to the Consortium and the children of Georgia and a Certificate of Commendation from The West Virginia State Bar and The Pro Bono Referral Project for service to individual needy citizens of West Virginia. He is also a member of the East Tennessee State University Letter Winner’s Club. In addition to membership in the Million Dollar Advocates Forum, which is limited to trial lawyers who have achieved verdicts, awards or settlements in the amount of one million dollars or more, Jay has been counsel in cases in which his client has been awarded or recovered $10,250,000; $7,000,000; $5,600,000; $5,000,000; $3,450,00; $2,600,000; $2,250,000; $2,100,000; $1,700,000; $1,600,000; $1,200,000; $1,000,000 and numerous other significant confidential awards to compensate his clients for losses suffered due to other’s wrongdoing and/or negligence.

Jay holds a Juris Doctorate from the Walter F. George School of Law, Mercer University, 1987.He is a member of the State Bar of Georgia, Atlanta Bar Association, Atlanta Lawyers Club, Georgia Trial Lawyers Association, American Association for Justice, West Virginia Bar Association, Sandy Springs Bar Association, and the DeKalb Bar Association. Jay is named “Best of the Best” of Georgia’s Super Lawyers as published in Atlanta magazine and Georgia Super Lawyers Magazine. He has been named by Georgia Trend Magazine as among Georgia’s “Legal Elite”. He holds the highest rating possible (AV) by Martindale-Hubble, a nationally recognized lawyer directory. The AV rating recognizes “the highest level of skill and integrity” in the profession. His law firm has been recognized as “Best Lawyers” by US News and World Report. Jay is a Fellow of the Lawyers Foundation of Georgia, an honor that recognizes those lawyers whose public and private careers demonstrate outstanding legal abilities and a devotion to their communities.

Jay lives in Atlanta with his wife Laura and 2 children. Outside interests include watching baseball, an occasional round of golf, exercise, and hanging out with his family to the extent his teenage children will allow.

COMMUNITY INVOLVEMENT (CLICK HERE)
Contact Us
Personal Injury
Georgia Injury Lawyers Blog - James Jay Sadd
Client Reviews
★★★★★
The services my family received from Slappey & Sadd, LLC has been very rewarding. Thank you for your help over the last years. Sandra & Mark R.
★★★★★
I was treated fairly. You are very professional, knowledgeable, expert, kind and very thorough. Sam H.
★★★★★
The times I’ve used your firm it was a wonderful experience. The attorney kept me abreast of my case, what to expect. If I know anyone in need of a law firm, Slappey & Sadd I will refer. I especially appreciate the cards received annually. Thank you. Bertha B.
★★★★★
He is very responsive in returning my calls and seems to be prepared for the next action that needs to be addressed. Scott is very professional, but always add the personal touch. As for receiving a disability pension from the City of Atlanta, it makes me feel good as a client that he is looking out for my family and my best interest and future income. Dennis D.
★★★★★
Scott is the best. He followed my case all the way. We won. I respect him highly. I would definitely recommend them to anyone. Brenda N. – Roswell, Georgia
View More
Submit a Law Firm Client Review