COVID-19 Notice: We are providing FREE consultations via in office, phone or video conferencing for your convenience.
Results Matter Most Contact Us NowFor a Free Consultation
Home
Personal Injury
Birth Injury
Failure to Diagnose Birth Defects 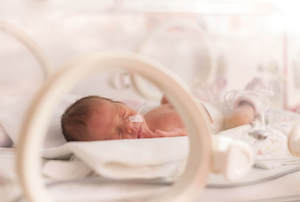 The attorneys at Slappey & Sadd are experienced medical malpractice attorneys who have a long history of representing women whose children are born with birth defects. If it turns out that the baby’s birth defect or subsequent medical condition was caused by a doctor’s failure to diagnose it, the doctor may be liable for the injury. If you believe that your baby’s birth defect could have been prevented with proper diagnosis, we will fight to help you obtain the compensation you deserve. We serve the entire state of Georgia, including Atlanta, Roswell, and Sandy Springs.

What Is Failure to Diagnose?

A screening test is a procedure that is performed while the baby is still in utero to determine whether the pregnant woman or her baby might have any health problems. These tests are offered to women during pregnancy to check the mother-to-be and her baby for health issues or birth defects. Some of the most common tests doctors use to screen for birth defects include:

Recovery for Failure to Diagnose Claims

If you believe that your baby’s birth defect or subsequent medical condition was caused by your doctor’s failure to diagnose, it’s a good idea to have an Atlanta medical malpractice attorney review your case.