COVID-19 Notice: We are providing FREE consultations via in office, phone or video conferencing for your convenience.
Results Matter Most Contact Us NowFor a Free Consultation
Home
Attorney Profiles
Edward M. Wynn 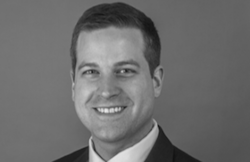 Edward strongly believes that attorneys are called to serve others and the community at large. Edward co-founded Step Up, Atlanta!, a non-profit organization that has organized fundraisers and volunteers service opportunities benefiting charities such as the US Marine Corps Toys for Tots Foundation, the Special Olympics of Georgia, and the Atlanta Community Food Bank. He has also served as Chairman of the Board of Governors of the Beta Xi Chapter (UGA) of the Phi Kappa Tau Fraternity. Edward is currently a member of the Board of Directors of the Crime Victims Advocacy Council, an organization dedicated to assisting crime victims and their families through education, counseling, and legislative initiatives.

Outside the practice of law, Edward’s interests include travel, US history, technology/computers, and UGA football. He grew up in Atlanta and resides here with his wife and their daughters.